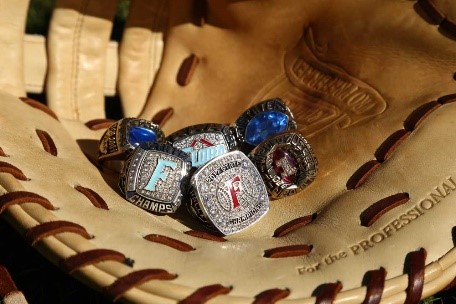 Here we are! Back to school!  The summer months have raced by and the new year is upon us.  If you are like me, you do not have the ability to keep your team together during the summer months for workouts and weight training.  Once school ends for us, I constantly remind our returning players that we will hit the ground running once the school year starts.  Even though I am not in daily contact with my players, I do reach out and send messages via GroupMe to give motivational quotes and reminders about representing the program, as well as themselves, throughout the summer while they play ball for other organizations.

Having time off is not always a bad thing, it gives your players some freedom from you, as well as giving you time to recharge.  It is important that you allow them opportunities to grow outside the program.  While it is beneficial for them to play for different coaches in the summer, help them choose wisely and make an effort to stay in contact with them throughout the summer to ensure they know you care about them and want to help them grow as players and young men.  Playing for different coaches in the summer allows players to understand that if they hope to move on and play at the next level to play college baseball, they will have to adapt to a new coaching staff.

School started and we immediately tested.  Front squat and close grip bench press during the first week. Followed, by testing pro agility, 60 yard dash and vertical jump during the second week.  We use a rep test for our max out numbers vs just the one rep max.  Thereafter, we continue to test every 4 weeks on bench and squat (front squat for freshmen / back squat for upperclassmen) and every 8 weeks on the other three exercises.  Our workouts in August are rep oriented as we work hard to improve muscular endurance and become accustom to lifting weights every other day.  The months of September and October we lift very heavy to make gains in strength and weight.  Our workouts are designed with baseball player movements and contain a lot of core and single leg exercises.

All my returning sophomores, juniors and seniors do not keep playing in the fall.  We have just completed a 65 game run from high school to summer with our rising freshmen.  Some of my older players have played close to 100 games since February.  They need a baseball break, we reboot the system and allow our “baseball bodies” to heal and grow.

Even if your year has already started, it is not too late to get your plan in place for this fall and the spring baseball season.  Don’t cheat the kids, get your weight room plan in effect and start rebooting the system for the up and coming season.