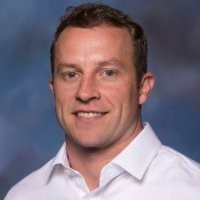 Doubt in an individual’s mind is the cancer that kills dreams and prevents individuals pursuing and achieving their ambitious goals.

Now that you have permission to have mountain sized goals, let me share the secret sauce to even have a chance to achieve that goal.  Don’t focus on the goal that inevitably compares your ability to your competition.  Instead focus on what you CAN control.  Focus on maximizing our own individual potential.  By focusing on maximizing your own potential you accomplish something that is counter intuitive.  Maximizing your potential doesn’t limit yourself to a set number or destination or ceiling (you may have the potential to be a hall of famer instead of just another pro).  Equally important, being the best you can be affords you with a realistic daily goal to do as much as you can to get better that day.  This will allow you to enjoy the process of practice and sacrifice and also allow you to live with no regrets so long as you can look back on your athletic career and know that you did everything you could to maximize your potential.

Below are my rules for success and achievement: